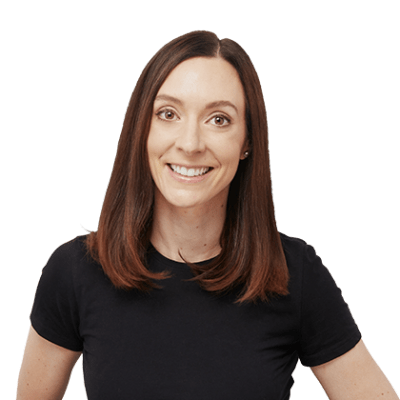 I am a lawyer in the firm’s class action practice group where I act exclusively for plaintiffs involved in a range of class actions. My main interests concern class actions for institutional abuse and class actions involving crown liability. I have a particular interest in class actions proceeding in Federal Court.

Most recently, I was class counsel, along with my colleague (Angela Bespflug), in the settlement of an estimated $100M class action for women who experienced gender and sexual harassment while working and volunteering with the RCMP in non-member roles (Tiller et al. v. HMTQ). The settlement was approved by the Federal Court in 2020.

In addition to my core class action practice, I pursue individual civil sexual assault claims, both historical and recent. Many of my sexual abuse cases involve institutions, such as religious organizations, school boards and government ministries. I offer survivors of sexual assault a safe place to discuss their legal situation.

Prior to joining Murphy Battista in 2020, I practised in the class action practice group at a prominent Vancouver class action boutique. The early part of my legal career was in insurance defence. For over a decade, my personal and professional interests have been in the socio-legal field, with a particular interest in Indigenous issues and gender violence. I taught for several years in this area at the University of British Columbia. I also have extensive experience in professional legal education.

The class action seeks various damages, restitution, and recovery of specific costs on behalf of those affected by Canada’s Indigenous child welfare system.

The lawsuit alleges that the plaintiff was sexually groomed and exploited while attending Oak Bay High School by her teacher and high school soccer coach. After a lengthy investigation into these allegations by the British Columbia Commissioner for Teacher Regulation, the teacher received a lifetime teaching ban in August. Janelle…

Janelle O’Connor is representing a former student in a civil suit against the Greater Victoria School Board and former Oak Bay High School teacher and soccer coach. The claim alleges that her coach on multiple teams in the early 2000s, sexually groomed and exploited her when she was a Grade…

On Thursday, May 19, 2022, Angela Bespflug will be chairing, and Janelle O’Connor will be presenting at this year’s TLABC Class Action Conference, “Strength in Numbers: Fundamentals and Emerging Issues in Plaintiff’s Class Actions.” The conference is for trial lawyers who want to learn more about class actions and provides…

Angela Bespflug and Janelle O’Connor of our office are in the Federal Court of Canada this week for a certification hearing in a proposed class action against the Government of Canada on behalf of Canadian female corrections officers. The class action alleges their workplace is rife with gender-based harassment, sexual…

Today – International Women’s Day – marks the first day of a Federal Court of Canada hearing in a proposed class action against the Government of Canada on behalf of women who faced sexualized harassment, discrimination, assault and violence in the Correctional Services Canada (“CSC”) workplace. The hearing will take…

The proposed class action is against the Government of Canada on behalf of women who faced gender-based harassment, discrimination and sexual violence while employed at Correctional Services Canada (“CSC”). It has been a long road, but tomorrow – on International Women’s Day – we commence our certification hearing at…

On March 30, 2022, Janelle O’Connor is co-chairing a CLEBC full-day conference for lawyers on how to effectively and ethically advance and defend civil claims of sexual violence. Early bird registration ends March 2, 2022.  Register HERE This is CLEBC’s inaugural course for litigators who have an interest in practicing…

After a criminal conviction for sexual assault, many clients turn to Murphy Battista to pursue civil litigation to seek restitution

Murphy Battista Represents Woman Suing Former B.C. City Councillor Convicted of Sexually Assaulting Her When She Was a Teenager (more…)

Murphy Battista has filed a proposed class action against DHL, alleging the courier has profited by misrepresenting some of the fees it charges customers, in contravention of the federal Competition Act. Read the full CBC news story: Courier giant DHL padded own pockets with ‘hidden fees,’ class action alleges Learn…

In my civil sexual assault practice, some clients wish to remain anonymous, but most don’t. I have learnt that choosing to speak out about one’s own experience of sexual abuse can be an important and potentially therapeutic form of healing and recovery for survivors. Speaking publicly is important to some…

Considerations for Lawyers Working with Survivors of Sexual Violence

Cases involving physical and sexual abuse of children by their foster parents is a devastating reality that I am often exposed to in my law practice. The foster care system is meant to protect vulnerable children from abuse and neglect, yet in some cases it does the opposite – exposing…

Significant changes designed to enhance confidence in the criminal justice system among survivors of sexual assault came into force last week. The changes involve amendments to the Judges Act and the Criminal Code and are designed to assist judges in deciding sexual assault cases without the influence of myths and stereotypes.…

Vicarious liability of school boards for sexual abuse by teachers: Is the school still out?

The Supreme Court of Canada has recognized that teachers play a key role in society that places them in a direct position of trust and authority towards their students.  Teachers have significant power, authority, and control over their students. They have control over almost all aspects of a student’s day,…

I am very active in my community and volunteer a significant amount of time at my children’s school. I am an avid, albeit not necessarily talented, squash player. In the winter, I am happiest on skis with my husband, chasing our three young children down the mountain.

Class actions are a unique area of law that even the playing field between regular people and large corporations, governments or other entities. They allow a group of people to demand accountability for wrongdoing and facilitate access to justice for people who would otherwise be unable to proceed on their own.