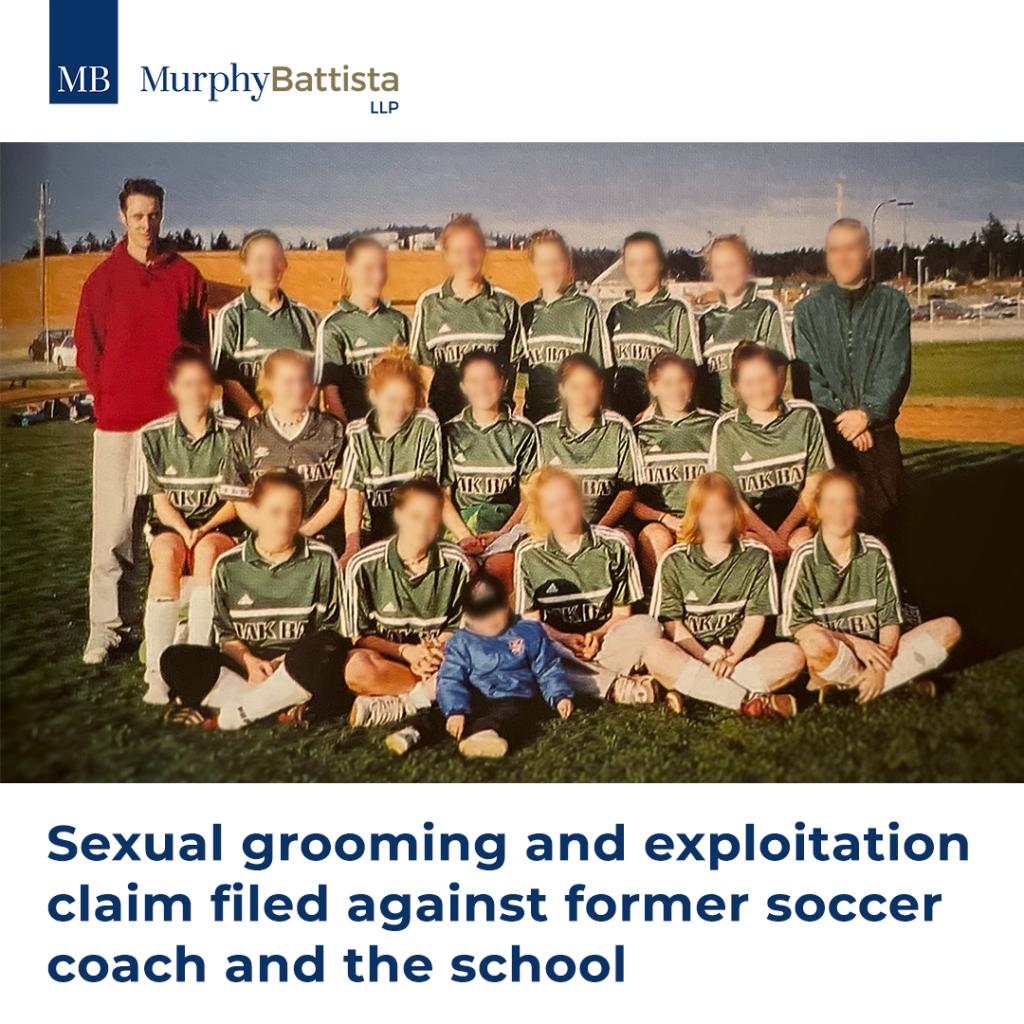 The lawsuit alleges that the plaintiff was sexually groomed and exploited while attending Oak Bay High School by her teacher and high school soccer coach. After a lengthy investigation into these allegations by the British Columbia Commissioner for Teacher Regulation, the teacher received a lifetime teaching ban in August.

Janelle O’Connor is representing the plaintiff and is quoted in the Capital Daily article published on Saturday as follows:

“The coach-athlete relationship carries a specific risk for sexual violence.” She notes, “My client’s motivation for speaking about her experience is to encourage athletes and their parents to be aware of and to recognize the stages of grooming and, perhaps most importantly, to speak up if things don’t seem right. I think she has provoked a really important conversation, and a realization that it could happen to any of our children.”

O’Connor adds that perpetrators groom athletes by building trust, sometimes over years. Perpetrators in coaching roles often also build trust with parents so that the parents feel comfortable leaving their child alone with the coach.

“A young athlete’s first line of defence is his or her own awareness of improper coaching behaviour,” she said. “Parents need to make sure to talk about this with their child and encourage them to identify and speak up about inappropriate behaviour.”