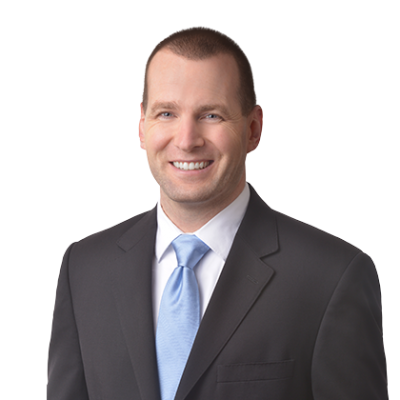 I care about people who have been injured and mistreated.  I understand how vulnerable it feels to be seriously injured and unable to work. I appreciate the responsibility that comes with being trusted by those injured to guide them through very difficult times.

My law practice is based on two principles:

These principles earn me the privilege of helping everyone from those with modest injuries to those with catastrophic injuries and other vulnerabilities. I get enormous satisfaction from years of hard work on difficult cases for injured clients of all ages. The words of appreciation my team and I receive is just as meaningful as the satisfaction we get from helping those who are unable to thank us.

In terms of my background, I grew up as an ordinary kid in the lower mainland.  I was fortunate to gain valuable experience from a young age developing skills that would put me ahead in my law practice many years later. From problem solving as a sole proprietor to the detailed work required negotiating and acquiring large commercial properties.  My motivation to help people later became the ‘glue’ between my skills and a demanding career in law.

Joe Murphy, Q.C., Kevin Gourlay, and Mike Murphy acted for the plaintiff who was 16 when he was hit by a young woman who was not paying attention while driving on Halloween night in 2008. He suffered a significant traumatic brain injury. Before the accident, he had been an exceptionally gifted young man. Although he remained intelligent and was attending university, he was plagued by fatigue and cognitive difficulties as a result of the accident that would significantly impact his ability to work as an engineer. The Court assessed damages at $3,297,000, including $3M for loss of future earning capacity.

Scott Stanley and Mike Murphy represented the Plaintiffs in this case involving mild and moderate brain injuries that the plaintiffs sustained as two passengers when the driver of their vehicle lost control on the highway and crashed into a ditch. The court awarded $943,889.36 and $1,525,404.77, respectively.

You have the right insurance, but do you have enough of it?

The Mount Polley mining disaster of August 4, 2014, shows that even sophisticated businesses fail to purchase enough insurance.  In that case, the dam holding the tailings pond broke, sending 10 million cubic metres of debris into nearby lakes and streams.  The cleanup costs are expected to reach into the…

The Law Show: Ep. 42: How the Court System Works in BC, Provincial Courts, Settlements & More

On The Law Show, we speak with one of the founding partners of Murphy Battista LLP, Joe Murphy Q.C, and Mike Murphy. This episode covers how the court system works in the province of British Columbia, provincial court, settlement, small claims and BC Supreme Court. We also discuss the court…

The Law Show: Ep. 41: Safety in Summer, Camping to Road Trips, and Liability

On The Law Show, we speak with one of the founding partners of Murphy Battista LLP, Joe Murphy Q.C, and a lawyer in the firm Mike Murphy. This episode covers the importance of safety in summer. From camping to family road trips, water safety and repercussions of distracted driving. We…

Mike Murphy assisted me through the legalities of a very challenging injury which occurred in a MVA back in 2016. I am very grateful for the directions and suggestions from diagnosis to treatment which I received. I would highly recommend the services of Murphy Battista LLP – Vancouver.

I was looking for a lawyer due to my car accident when I was highly referred by my RMT (that I’ve been going to for years) to Mike Murphy & his team, who were awesome to work. It was my first time getting legal representation. They are detail oriented, well organized, professional, thorough and made it quite a stressFREE experience for me. I was able to focus on other things while they handled all the heavy lifting. Mike and his team worked very diligently to get the best results. They work with you to set the expectation and adjust it if needed. Mike always kept in mind what I aiming for and ensured that I could just focus on my health without the legal headache. They offered me their professional opinions when i needed it. Mike was very respectful and informative throughout the process no matter if it was just to touch base, small or big updates or to explain the next steps to moving forward. Mike and his team are on the top of my mind if anyone asks for any legal representation (even if that’s not their field I’d shoot them his way before they go anywhere else) I trust them and would recommend them wholeheartedly but why not find out for yourself 😉

Mike is a great lawyer who won’t hesitate to help his clients to the best of his abilities. He was always on the ball, honest, and professional dealing with my ICBC claim. Good guy at a good law firm.

It is difficult to put into words how much I appreciated all the hard work and expertise that went into making sure my case was successful thanks to Mike Murphy and Joe Murphy. I had two accidents on top of significant existing injuries and would have been completely lost in the system without all the help I got. Everytime I was concerned about something or wasn’t sure if we were doing the right thing Mike made sure I felt safe, confortable, and most importantly that I deserved everything we were going after. Overlapping injuries can be very tricky and hard to separate but they did a great job. Mediation was recommeded and worked very well without the stress of having to go to court. The outcome was far beyond anything I would have imagined and I will be forever grateful to Murphy Battista. Mike was recommended to me from a friend who was badly injured and I would highly recommend them for any case of personal injury for sure. Instead asking for business on TV, they are hard at work on cases if you know what I mean.

Mike Murphy and his team are highly professional, respectful and courteous. They work diligently to secure the best results for you. I felt very supported and informed throughout the whole process. They do not minimize your experience in any way and it applies to all the members of Mike’s team. I recommend them wholeheartedly.

Mike Murphy was my lawyer for my motor vehicle claim. I met with a few other lawyers when my accident happened and a friend recommended Mike to me. I decided right away to go with Mike after our meeting. He is professional and very approachable. He provided excellent advice and explained things in terms that were easy to follow. Mike was responsive to all my inquiries and concern. During the time my case was open, Mike checked in with me once in a while to see how my recovery was going. The level of care Mike and his team for me was second to none. I highly recommend Mike Murphy for injuries claim.

Working with the team at Murphy Battista was effortless, specifically Mike and Corinn. From start to finish, they were thorough, thoughtful, communicative and persistent in making sure that the case was handled and settled in the most productive and professional manner. From my experience, I cannot give a higher recommendation and would never hesitate to suggest this group as my first choice for legal representation. I’m not sure where I’d be without their assistance and will be forever grateful for the help they provided!

I was involved in a very serious motor vehicle accident that changed my life significantly. My personal injury case went to trial where I was represented by Kevin Gourlay, Joe Murphy, and Mike Murphy. The result of the trial was far better than I, or my lawyers, had expected. Throughout my rehabilitation, my dealings with ICBC, the preparation for my mediation and trial, and the trial itself, Kevin Gourlay and Joe Murphy displayed incredible knowledge, skill, professionalism, and compassion. They maintained excellent communication, always kept me in the loop, and addressed any questions or concerns that I had. I was able to arrange phone conversations at any time and I always felt that I was a top priority of theirs. I always knew that I was in great hands with Murphy Battista, and that allowed me to maintain considerable peace of mind during what would normally be a stressful and unpleasant process. I could not recommend Murphy Battista enough.

Mike Murphy and his team greatly helped me navigate through a challenging time and complicated legal system. I am very satisfied with the results and will continue to recommend this team.

I’m forever thankful to Scott, Mike, Laurie and crew for helping me with my ICBC case. They made a long, drawn out and scary process as smooth and stable as possible. I felt prepared every step of the way. They negotiated a fair compensation and — more importantly — I was able to close a bad chapter of my life and move on after my injury. I recommend Scott Stanley to everyone looking for help.

I appreciate the responsibility that comes with being trusted by those injured to guide them through very difficult times.