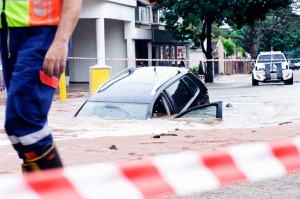 We frequently act in claims where individuals have suffered injuries as a result of terrible road conditions.  Particularly in this country with our weather conditions, perfection in road maintenance is not the standard but the responsible parties must exercise reasonable care in the performance of their duties.

The consequences of the failure to do so were exemplified in a recent case out of Ontario, Kelly v. Perth (County), 2014 ONSC 4151, where a young woman suffered catastrophic injuries after she came upon treacherous road conditions and lost control of her vehicle.  Finding the responsible county wholly responsible for the nearly $6M in damages, the Court concluded:

[103]      I accept that evidence.  Mr. Blancher monitored the weather, conducted an early morning patrol and called out all of the operators who worked on a full-time basis for the County.  The initial response was exactly what the statutory scheme contemplated.

[104]      Unfortunately, the breakdown occurred later in the day and at the operational level.  One employee failed to do his job.  Unfortunately, he was the one person entrusted with the critical job of identifying and remedying road conditions that created an unreasonable risk of harm to users of Line 37.  The failure to patrol, plow or salt had dire consequences.

[105]      Engineer Brian Malone testified at the request of the County.  Mr. Malone’s statement “you can’t catch every snowflake before it hits the ground” is a particularly memorable one.  That is very true.  However, one cannot catch a single snowflake by staying indoors.