Injury Resources > Plaintiffs Litigation Blog > You have the right insurance, but do you have enough of it? 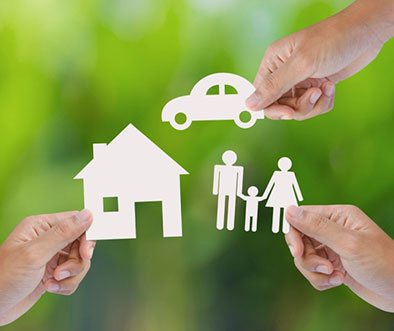 The Mount Polley mining disaster of August 4, 2014, shows that even sophisticated businesses fail to purchase enough insurance.  In that case, the dam holding the tailings pond broke, sending 10 million cubic metres of debris into nearby lakes and streams.  The cleanup costs are expected to reach into the hundreds of millions of dollars.  Imperial Metals has insurance coverage for only $15 to $25 million dollars.  The difference has put the company into financial crisis.

The amount of insurance you need varies significantly on chance.  Set out below are some fictional examples you should keep in mind when purchasing insurance.

Scenario A:  you are driving down Kingsway in Vancouver and become distracted for a moment by a crying child and run a red light, hitting a 25 year-old courier.  The courier sues you for injuries, wage loss and cost of future care.  The courts may order you to pay $100,000.  Your ICBC insurance policy is enough to cover this award.

Scenario B:  same facts as Scenario A, but instead you strike a young doctor who can no longer work.  The courts orders you to pay $5,000,000.  If you chose less than $5,000,000 in third party liability, you would be required to pay the difference from your assets and income.

Scenario C:  you have 30+ years of accident-free driving and decide you don’t want to spend much on insurance.  You purchase $1 million dollars in third party liability insurance.  Last Wednesday while at a family function you lend your car to your niece so she can go to the store for last minute supplies.  She fails to see a stop sign and strikes a minivan at high speed causing serious injuries to the sole occupant.  Due to the injuries the court awards $400,000.  Your assets are safe.

Scenario D:  same facts as Scenario C, but instead your niece strikes a minivan containing a family of five.  Due to their injuries, they are each awarded $400,000 by the courts, making a total award of $2,000,000.  The $1 million dollar third party liability coverage you chose is insufficient.  Your niece has no assets.  The court orders you to pay the difference from your assets and income, thereby wiping out your retirement savings.

The purpose of these scenarios is to illustrate that the same wrongdoing can cause a wide range of financial loss.  Equally important to purchasing insurance is purchasing enough insurance.  Be prepared for the worst case scenario.  Speak to your insurance broker about increasing your third party liability insurance.