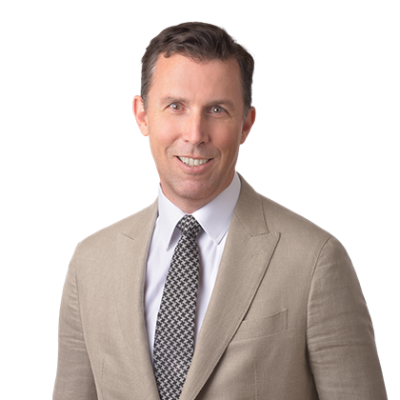 I have been practicing as a personal injury litigator for over 26 years, often in cases involving complex liability and injury issues. Prior to joining Murphy Battista and acting for injured persons, I was a partner at one of Canada’s most well regarded defence firms. That work, which included defending hospitals and municipalities across B.C., provided me with valuable knowledge and experience that I am able to use when pursuing claims for people injured due to medical malpractice or as a result of motor vehicle or unsafe property claims.

My case experience includes acting for over a hundred patients against one health care provider, resolving cases involving improper care provided by GPs, obstetricians and hospital ERs, acting for infants injured as passengers or while playing near a roadway and pursuing sexual abuse claims (some dating back decades) against religious organizations. I have practiced at all levels of court, including the Supreme Court of Canada. I have also taught at the Peter A. Allard School of Law (University of British Columbia) and I am regularly asked to speak at Continuing Legal Education of British Columbia trial advocacy courses.

In QP v. Bolton, Alex Sayn-Wittgenstein and Paul Bosco acted for an RCMP officer who was significantly injured in the course of his duties. The court accepted their arguments that his life was significantly impacted as a result of his injuries, he missed out on earning overtime income, his opportunity for advancement in his career may be limited, and that his wife was entitled to compensation for the care she provided by way of an in trust claim. The court also accepted their argument that he and his employer should be compensated for the time he missed from work, despite having been paid by his employer for this time, finding that it would be unfair to let the wrongdoer benefit from the generosity of the employer.

At issue was whether a car dealership should be found liable for injuries caused by a truck stolen from their car lot. The court accepted that not only was the thief at fault, but the dealership was as well. The evidence established that an employee left the truck unattended with the keys in the ignition, engine running, and doors unlocked for a period of about 40 minutes. Alex Sayn-Wittgenstein and Paul Bosco successfully argued their client was not at all contributorily negligent for having removed his seat belt prior to the collision in anticipation of pursuing the thief on foot.

Alex Sayn-Wittgenstein and Paul Bosco represented an 83 year-old plaintiff who sustained life-threatening injuries, including a brain injury and various fractures, when he was struck by a vehicle while standing at a bus stop. ICBC denied liability but court found that the driver’s testimony was “littered with enormous credibility issues.” The driver, who had fled the accident scene, was found fully at fault. The plaintiff was awarded over $800,000 at trial, including $315,000 for pain and suffering, over $400,000 for future care, and $55,000 in-trust for the care provided by his wife during his recovery.  Due to the plaintiff’s age and injuries, the case was brought to trial quickly, with the trial judgment being made less than 2 years after the accident.

Alex Sayn-Wittgenstein successfully opposed an attempt by ICBC to try and accept a settlement offer that had been, according to the court, “clearly and unequivocally revoked.”

Alex Sayn-Wittgenstein spoke with Canadian Lawyer’s regarding the potential legal implications of doctors and nurses having stereotypes, biases and presumptions about their patients. Alex discusses, things Canadian Lawyers should look for, the state of case law and any other insight he has for Canadian Lawyers. Read the full article: Medical…

When hearing the term “medical malpractice,” many people envision a scene in which a doctor has carried out a surgery in a shoddy manner, a nurse administers the wrong medication, or a radiologist fails to report an ominous sign on a CT scan. Unfortunately, such events do indeed occur in…

On this episode of The Law Show, Vancouver-based Murphy Battista lawyers Joe Murphy and Alex Sayn-Wittgenstein discuss wrongful death, workplace accidents, and when to contact a lawyer.

The Law Show: Ep. 31: Meet Alex Sayn-Wittgenstein, What is the Statute of Limitations, ICBC, Costs

On this episode of The Law Show, Vancouver-based Murphy Battista lawyers Joe Murphy and Alex Sayn-Wittgenstein discuss how sports have lead to a greater understanding of concussions, the statute of limitations and the importance of speaking with a lawyer within a designated time period.

When my father suffered life threatening injuries which were some of the most severe and traumatic types of injuries a human being could suffer, I called upon Murphy Battista to handle my families case during these traumatic times. Mr. Alex Sayn-Wittgenstein not only acted on behalf of my family handling the ICBC side of things, he also became my friend and treated my mother with a lot of respect and comfort which goes to show the character of this man. Alex, alongside fellow lawyer Paul J Bosco, helped my family receive the correct compensation that i felt was “right” and “just” given the devastating injuries my father suffered. When ICBC tried to downplay the situation and place a monetary value on my fathers life that was not even close to what he needed to survive moving forward, Murphy Battista handled the situation swiftly and dilligently correcting ICBC’s flawed view; and in doing so went to trial and won. The one thing i learned through this whole process is that even though the money during a devastating and traumatic time does matter, Its more about the comfort that is received and knowing that their is winner fighting for you in your corner when your up against the ropes so to speak. A human life is a sacred thing and comes but once because life is short. Therefore,  the money families receive for injuries when things like the cost of care in the moment and in the future are on the table make all the difference for your loved one because they add up when elements like physiotherapy, message, and brain and speech therapy are needed like my father needed and still needs to this day.  The one lasting impression and memory my family and I will always share with Murphy Battista and specifically Alex Says-Wittgenstein and Paul J Bosco is that these individuals took the time and effort out of their busy lives and busy schedules to make sure that my mother and I felt secure and comfortable in the worst of times. They helped us see the light in a dark place, and i would not only recommend Murphy Battista to anyone and everyone but i would also recommend that if you are faced with a loved one who is fighting for their life with tubes hooked up to their neck, face and body laying in a coma in the ICU of a hospital to call Alex Sayn-Wittgenstein to fight in your corner because he’s a winner and winners always have your back in the end.

Andrew Brine and Alex-Wittgenstein you are a team founded on excellence and integrity. I am deeply grateful for your tirelessly work and patience in answering all my questions. Thank you for always informing me of the best option to take in resolving my case. You ensured that the law worked in my favor and protected my interest in this complicated legal battle. Thank you for going the extra mile multiple times and for your exceptional negotiating skills which gave us such a positive outcome. It really was a miracle and I am more than grateful. M. Dawn

I had the pleasure of being advised by Alex Seyn-Wittgenstein on a personal injury case. Alex was extremely professional and acted with the highest integrity and best interests of my mother at all times during a very difficult period for our family. He was very organized and thorough and kept us apprised of all developments and what to expect during a long process. He was a very solid negotiator during the mediation to settle our case and always acted in my mother’s best interest. He visited my mother at home often and was very patient even when we made frequent calls. We were very pleased with the outcome. I would not hesitate to recommend Alex and Murphy-Battista. He’s came highly recommended by a friend and he is really first rate.

Very impressed with the quality of service I received from Alex and the rest of the staff, as well as the outcome of my case. Would highly recommend Murphy Battista!

After an accident I was fortunate to have J. Scott Stanley represent me in a civil claim. In every respect it was a successful experience. Since then, I have referred others to Scott/Murphy Battista and I also have had the opportunity to come to know the work of some of their other lawyers including Brian Brooke, Steve Gibson, Dianna Robertson and Alex Sayn-Wittgenstein. I hold Scott, these lawyers, and their firm in the highest esteem. In addition to being exceptionally skilled lawyers, they genuinely care about their clients and are dedicated to achieving the best results available in each and every case. Their dedication to their clients and taking into consideration every aspect of a person’s well-being is shared by their team of accomplished paralegals and other support staff. I encourage anyone who has been involved in accident in BC to contact Scott Stanley or any of the Murphy Battista lawyers.