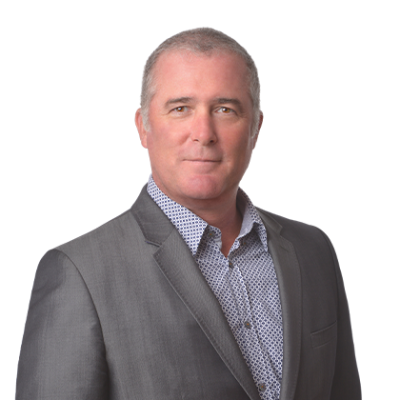 In 2001, I joined Murphy Battista as an articled student. Prior to joining Murphy Battista, I had studied law at Robson Hall in Winnipeg and at the University of Victoria Faculty of Law, from which I graduated in June, 2000.

While I was at law school, I became fascinated with cases involving traumatic brain injuries.  Throughout my career and my work at Murphy Battista LLP, I have sought these sorts of cases out. As my career has grown, I have also focused on claims involving pub/bar over-service and assault claims.

I seem to take on a lot of cases that other lawyers have already passed on.  I seem to have a knack for finding the right angle to prove what may at first appear to be impossible claims. I believe I have established a proven track record of taking on tough files with complex and devastating injuries, and bringing them to a successful resolution. These cases have included:

The types of cases I tend to focus on are often difficult, complex and fiercely defended by insurance companies who are trying to minimize the monetary damages paid to the injured person. There are three principal keys to success in successful prosecution of these cases:

*Disclaimer: The outcome of every legal proceeding will vary according to the facts and unique circumstances in each individual case. References to successful case results where the lawyers at Murphy Battista LLP have acted for clients are not necessarily a guarantee or indicative of future results.

Joe Murphy, Q.C. and Brian Brooke acted for a young woman who had sustained a traumatic brain injury.

The BC court recently reviewed the issue of liability for personal injuries and stag parties including issues of provocation and self-defence. Brian Brooke, Scott Stanley and Jeffrey Nieuwenburg were counsel for the Plaintiff Joshua Robinson who sustained a significant brain injury after being shoved by a prospective bride groom who…

The Importance of Lay Witnesses in Personal Injury Cases

The Trial Lawyers of British Columbia recently hosted a full day seminar on Personal Injury Trial Tactics & Tribulations. I had the distinct pleasure of presenting my thoughts on how to identify and develop lay evidence to effectively tell your client’s story at trial. In this blog post, I share a…

I hired Brian Brooke and he kicked-ass, defeated the bad people, and won me the Kentucky Derby. I am grateful for all his hard work, all his team’s dedication, and all the firm’s resources that ultimately, took care of me every step of the way. Thanks to Murphy Battista and especially Brian Brooke! A few other people to note that played important roles during the fight are Paul Bosco, Lynne Praud, and Joanne Forrest. No man can navigate the seas on his own but with Murphy Battista’s support, I made it to shore. Thank you.

I had a very good experience with this firm. Brian Brooke represented me in my case and we were able to develop a professional friendship. This helped me immensely through the difficult process. I felt that he completely understood how the assault had changed my life and that he was very knowledgeable with those type of cases. I will certainly refer Brian and this firm to anyone who needs a lawyer. And yes the end result was in our favour!

5/5 Excellent! Brian Brooke guided us through a difficult process. With Joe and Scott in the background you can’t go wrong. We were able to get a great settlement without having to go through a difficult trial. Brian worked tirelessly and always on course. It is difficult to say in a few words how well he took care of us. Also his team was easy to work with. Personal injury is not an easy field in law. This is their specialty and they proved it.

After an accident I was fortunate to have J. Scott Stanley represent me in a civil claim. In every respect it was a successful experience. Since then, I have referred others to Scott/Murphy Battista and I also have had the opportunity to come to know the work of some of their other lawyers including Brian Brooke, Steve Gibson, Dianna Robertson and Alex Sayn-Wittgenstein. I hold Scott, these lawyers, and their firm in the highest esteem. In addition to being exceptionally skilled lawyers, they genuinely care about their clients and are dedicated to achieving the best results available in each and every case. Their dedication to their clients and taking into consideration every aspect of a person’s well-being is shared by their team of accomplished paralegals and other support staff. I encourage anyone who has been involved in accident in BC to contact Scott Stanley or any of the Murphy Battista lawyers.

I have been closely involved in a number of cases which resulted in trial awards or settlements exceeding $5 million dollars. The greatest reward, however, is helping injured people and their families put their lives back together, and ensuring that they have all the resources and assistance possible to help them to do that.