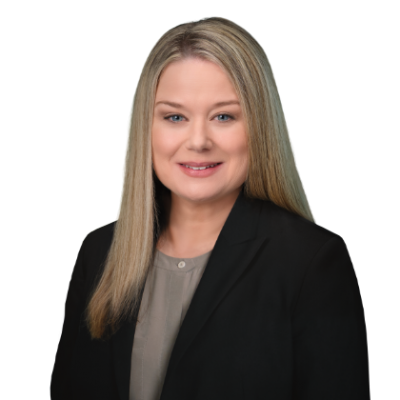 I am a personal injury lawyer who has chosen to exclusively act for individuals who have been injured through the negligence of others.

I was born in Winnipeg, Manitoba and after moving to British Columbia, I grew up in White Rock where I continue to reside with my two young children.

After being called to the British Columbia Bar in 2003, I have focused my practice on litigating injury claims. I have experience in all levels of court in British Columbia including the Court of Appeal.

When not at work, I spend most of my time trying to keep up with my two young children.

Veronic Medved and Tara Chandler acted for a Plaintiff who was only 23 years old at the time of the collision. After T-boning the Defendant (who was found 100% responsible for the collision), the Plaintiff developed a traumatic lesion on her spine and chronic pain condition which disabled her from gainful employment. The Court awarded damages in the amount of $1,885,000, including $185,000 for pain and suffering and $1,297,146 in future income loss. Although her working history was short, the Court accepted that as a single mom, the Plaintiff was very attached to the workforce and would have worked on a full-time basis to the age of 70 without voluntary withdrawal.

Case comment on Lambright v. Sonnet Insurance Company, 2022 BCSC 709 In Lambright, Justice Milman considered an award for punitive damages in the context of a home insurance claim following a residential fire. This case highlights the nature of the duty of good faith that insurance companies must fulfill as…

Being involved in an accident and suffering life changing injuries has been terrifying for me. I am so worried about my future, however Veronica Medved has been an amazing support for me, she has been with me every step of the way, explaining the process and setting my mind at ease. I would recommend this lawyer and Murphy Battista to anyone who has been involved in an accident. Veronica has thoroughly investigated my injuries with referrals to great doctors who have helped me to understand my condition. Veronica is always available for me and I would give this lawyer 6 stars if I could.

Veronica Medved is a wonderful lawyer. She goes above and beyond her duties to make sure your needs are being met. She is dependable, knowledgeable, caring and courageous, all important qualities to have on your side. She gives expertise legal advise, and if something is unclear herself and her team work together to find optimal solutions. Before meeting Veronica, I believed a lawyer/client relationship was merely a business transaction, however I was wrong. She has stuck by my side, and been there for me in ways that only a true friend would. I’m truly lucky to have stumbled across Veronica when I did. If you are looking outstanding representation look no further!

I believe that suffering a personal injury is one of the most stressful events that you can ever experience. I have spent the last 17 years assisting injury victims to obtain the treatment they need while thoroughly investigating their injuries to ensure that they are fairly compensated for the losses that they have suffered. I take a very hands-on approach with all of my clients, while assisting them to bring resolution to their claim.