In a recent episode of AM 650’s “The Law Show,” Stephen Gibson and I spent some time discussing fraudulent claims as well as some of the surveillance techniques that ICBC and private insurers use in personal injury litigation. Because these issues are relevant to the general public as well as personal injury victims, I decided to write a brief blog post recapping some of the key issues that were discussed on Episode 25 of “The Law Show.”

In our experience, the rate of insurance fraud is far lower than the 10-15% of all claims that ICBC recently cited to the public. What is more, public records show that ICBC has only prosecuted 100 people this year for insurance fraud out of the literally hundreds of thousands of claims that have been made. These numbers tend to indicate a rate of insurance fraud that is actually less than 1% of the total claims made each year — a far cry from 10-15%. Considering that ICBC has a tendency to regard each and every claim as suspicious, it’s reasonable to conclude that — in the absence of publicly accessible data to substantiate the 10-15% figures  — they have merely assumed that insurance fraud is rampant when this is not actually the case.

As Stephen pointed out on this episode of “The Law Show”, it’s important to remember that the litigation process is designed to discover and punish any malingerers that are hoping to slip through the cracks of the legal system. In order for an individual to successfully win a court award that they do not deserve, they have to find an extremely naive lawyer or a lawyer that is willing to take part in their fraud, withstand an intense investigation from ICBC or a private insurer that will dig deep into the the nature and quality of their injury, and then — if they were to proceed to trial — successfully convince a judge or jury that they are deserving of compensation despite the deft arguments of opposing counsel. In short, the legal process simply does not allow for an epidemic of insurance fraud. 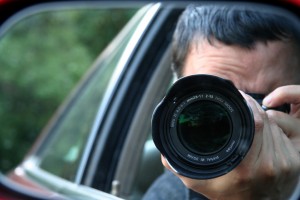 As a personal injury victim, you should know that ICBC and other insurers regularly hire investigators to document the lives of individuals who have been injured in an accident. Although it’s important that you try to get your life back in the wake of an accident, it’s equally important to be aware of how a few isolated incidents can be edited together to create an image of a person that has fully recuperated from their injury. Sadly, perhaps due in part to ICBC’s claims of rampant insurance fraud, it’s easier than ever to convince juries that an innocent personal injury victim is actually a malingerer through the use of a few select images.

It’s also important to point out that insurance companies are spending less money hiring old-fashioned private investigators and are instead spending money on cyber sleuths. These cyber sleuths more often then not, actually do not have to do very much sleuthing as some of the most damaging items that can be found online are images or statements posted to social media by the injured party themselves. Although we’ve already devoted a blog post to the dangers of posting content to social media, we just want to restate how important it is to use these platforms with restraint (or not at all) while in the midst of personal injury litigation.

For more information, contact a lawyer at Murphy Battista LLP.