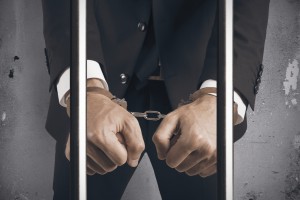 What are Punitives Damages?

I recently presented a paper on this topic for the Trial Lawyers Association of British Columbia entitled “Punitive Damages in Negligence Claims: Practical Considerations.”  I thought it might also be helpful to non-lawyers (including clients) to have an overview of what punitive damages are and how they are assessed.

Punitive damages are a special kind of damages in personal injury lawsuits. While the majority of damages that accident victims receive are compensatory, meaning they are awards of money intended to compensate the injured victim for their losses, there are occasions where punitive damages are also awarded. Punitive damages are unique in the sense that they have nothing to do with the plaintiff’s losses, but focus instead on the egregious conduct of the defendant.

In short, punitive damages are awarded to punish and deter the wrongdoer and are, in essence, a civil fine for outrageous behavior.

The Basics of Punitive Damages

Punitive damages have been part of the common law for hundreds of years. In the last few decades, the SCC has repeatedly confirmed and approved the use of punitive damage awards in Canada. Currently, the leading decision in this area is Whiten v. Pilot where Justice Binnie laid out the following principles:

How Punitive Damages are Assessed

Justice Binnie also noted the damages must be

(1) Proportionate to the blameworthiness of the defendant’s conduct – the more reprehensible the higher the award;

(2) Levels of blameworthiness will be influenced by many factors such as:

(4) Proportionate to the need for deterrence

(5) Proportionate, after taking into account other awards and criminal fines and penalties

Punitive Damages For Impaired or Reckless Driving In BC

There have been few cases which have considered punitive damages awards for reckless or impaired driving. In BC the courts that have looked at these claims have ultimately denied them. However, given that these pre-date Whiten, and subsequent appellate authority from Ontario, it is arguable whether they are still “good law”.

Although the current law in BC would prevent most claims for punitive damages in the motor vehicle context, it is likely that the law in our jurisdiction is outdated. Punitive damage claims do not require the wrongful act be specifically directed at the Plaintiff and while criminal punishment will be a significant factor, it is not an absolute bar to bringing a successful claim against a defendant. In theory, a claim for punitive damages against an impaired driver is sustainable as drinking and driving shows a wanton disregard for the health and safety of the public and punitive damages would meet the objectives of punishment, deterrence and condemnation.

If you’ve been injured in a Motor Vehicle Accident, contact a lawyer at Murphy Battista for more information.