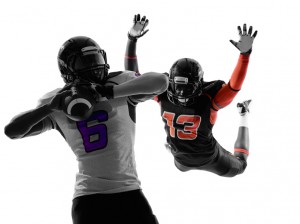 Kevin Kolb is an NFL quarterback best known for his time with the Philadelphia Eagles and Arizona Cardinals.  He is now 30 years old and is not on an NFL roster this year having been released by the Buffalo Bills in March.

In a Sports Illustrated story last week, Kolb writes of his experience with concussions.  His first came in 2010 when he was sacked by Packers’ linebacker Clay Matthews.  Then he had a couple more.  His most recent concussion came on a seemingly innocuous play on his 29th birthday:

The thing about the last concussion, with Buffalo … I didn’t think it could possibly be serious. The Redskins defender just ran by me at the end of a routine scramble and caught my helmet with his knee. I went numb from my neck down for about three seconds, but I stayed in the game. I didn’t know what it was or how serious it would turn out to be. It couldn’t be happening again.

But when I got to the sideline and the adrenaline wore off, I knew. The symptoms came rushing in, the pain, the noise, the queasiness. I had taken every possible step to fend off concussion—a new helmet, staying in the best shape possible, trying to play smart. None of it mattered….

With concussions, sometimes you don’t know what is a symptom and what is not. But some symptoms are impossible to ignore. The ringing is like someone shooting a shotgun right next to my ear, every second of every day. It doesn’t go away.

The sensitivity to light also has a profound impact. I’ll be in a business meeting indoors and have to politely ask to put on my sunglasses before the headaches and double vision start.

But I can deal with those symptoms. The short-term memory loss is more difficult. Sometimes I don’t know if I’m just busy with a very full schedule and that’s why I can’t remember everything, or if it’s a concussion symptom.

We are learning more and more about how concussions occur and how they can affect individuals but much is still unknown.  Kolb’s experience highlights why players need to be so careful in not rushing back after concussions as these are not things that can just be “shaken off.”

Brain and Head Injuries, Recreational and Sports Injuries
All Posts