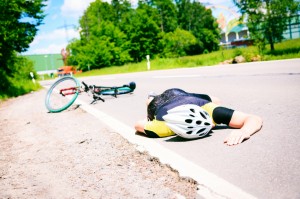 Reasons for judgment recently from Mr. Justice Joyce in Gallant v. Slootweg, 2014 BCSC 1579, involving a plaintiff who broke his clavicle and multiple ribs after being chased and knocked from his bicycle by the defendant’s dog.

In the course of the judgment, the Court reviewed and restated the doctrine of scienter as it relates to dog ownership.  Scienter is effectively a variation on strict liability.  In this context it has often been colloquially referred to as the “one free bite” rule; if a dog bites somebody but the owner had no reason to believe it was inclined to bite, then they are not liable.  However, once a dog has bitten one person and thereby given the owner knowledge of its proclivity to bite, the owner will be liable for subsequent incidents regardless of whether they were negligent.

Mr. Justice Joyce clarified that the doctrine is not limited to actual bites.  If a dog presents a risk of injury to others, that is enough to trigger the doctrine.  After reviewing the relevant case law, the learned judge concluded:

[32]         I am satisfied that Rocky had a propensity to chase cyclists while barking and get as close to them as he could within the electronic restrain to which he was ordinarily subject, and to follow them as they traversed in front of the defendants’ yard. I am satisfied that Rocky’s actions constituted a propensity to cause harm to cyclists by knocking them from their bicycles if he was not restrained within the yard. I am further satisfied that the defendants knew, or ought to have known, that if not restrained, Rocky would run right up to a cyclist, barking at the cyclist and creating a very real risk that he would impede the travel of the bicycle. The defendants had watched Rocky run the length of the front yard getting as close to cyclists as he could within the boundaries of the electronic fence, which was the only method that they employed to restrain Rocky from going right up to the cyclists. The harm the Rocky caused on this occasion was the very kind of harm that, in my view, Rocky had demonstrated a propensity to inflict.

Scienter evolved from the notion that when an animal of a harmless species “betrays its own kind by perpetrating damage,” the owner will not be liable unless actually aware of its dangerous nature — an owner can assume its domestic animal will behave accordingly.  However, if the animal is ferae naturae, an animal which by reason of its species is normally dangerous, the owner has an obligation to keep it under control and does not get “one free bite”.

An interesting variation on scienter came in a Provincial Court decision from a few years ago, McLean v. Thompsons, 2009 BCSC 415.  In that case, the defendants owned Harley, a wolf-dog hybrid.  At issue was whether this animal, which had never previously bitten anyone or exhibited any signs of aggression.  Despite Harley’s peaceful past, the Court concluded that a wolf hybrid is a wild animal and liability attaches to the owner if it causes damage, even without proof of a propensity to attack.

I expect that in the years to come, the Courts will be asked to decide whether certain breeds of dog fall into the ferae naturae category and attract liability for injuries even absent a history of incidents.