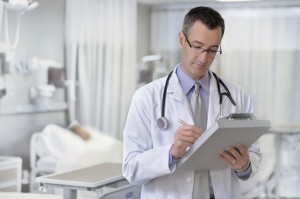 In a voir dire during a recent jury trial (available here), Mr. Justice Abrioux criticized the practice of experts appending lengthy appendices, particularly those summarizing voluminous clinical records.  The criticism makes sense in a jury trial; those clinical records would not otherwise be in the jury room so it defies logic to allow them to be “backdoor-ed” into the jury room by having them appended to an expert report.  The effect of the ruling is to place a greater onus on counsel to make sure that the facts and assumptions relied upon by the expert are clearly set out in the report.

[30]         An appendix containing summaries and comments, to the extent that it does not contain an opinion or underlying facts and assumptions, is no more than a working paper which does not need to be included in the report itself. It should remain in the expert’s file, which is producible pursuant to Rule 11-6(8). As with any other document forming part of the expert’s file, it can be the subject of cross-examination.

While this approach is logical, in practice it will require counsel to be involved in ensuring the expert’s report takes the proper form.  The proposed approach diverges significantly from a recent Ontario decision (available here: http://canlii.ca/t/g2lwp) where the Court deemed all discussions of draft reports with experts to be improper:

[49]           Defence counsel’s written and oral submissions at the conclusion of the trial suggest that “experts are entitled to prepare draft reports and they are entitled to share those drafts with counsel for comment and discussion.”

[50]           For reasons that I will more fully outline, the purpose of Rule 53.03 is to ensure the expert witness’ independence and integrity. The expert’s primary duty is to assist the court. In light of this change in the role of the expert witness, I conclude that counsel’s prior practice of reviewing draft reports should stop. Discussions or meetings between counsel and an expert to review and shape a draft expert report are no longer acceptable.

[51]           If after submitting the final expert report, counsel believes that there is need for clarification or amplification, any input whatsoever from counsel should be in writing and should be disclosed to opposing counsel.

The distinction is really one of form vs. content; Justice Abrioux’s decision requires counsel to ensure proper form while the Ontario Court is, presumably, concerned with counsel influencing the content.  However, the latter’s comments appear to go significantly further than content alone.