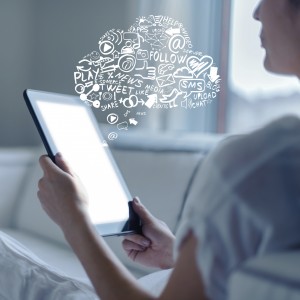 More and more often plaintiffs in personal injury claims are cross-examined on their online activities, be it Facebook posts, Instagram photos, Tweets, or a host of other social media sites that are hard to keep up with.  The problem is that these sites are generally used to convey a particular image — people tend to post their “highlights” on Facebook, not their day-to-day drudgery.  If one based what they knew about a friend solely on their Facebook posts, one might think that individual did little but attend parties and climb mountains.

People who have been in accidents are no different.  For the most part, their online personas tend to reflect the image they want to convey.  Thus, their postings tend to show them when they’re at their best rather than when they’re struggling.

Despite this, counsel often attempt to take these postings out of context and use them against the plaintiff to try challenge their credibility and their evidence about their ongoing injuries.  In recent reasons from Madam Justice Warren (available here), the Court fortunately took a common sense approach in dealing with the plaintiff’s Twitter postings:

[134]     The defendant submits that Ms. Kirkham was impeached on some key points in her evidence. At most, the defendant has identified some minor differences in what Ms. Kirkham said about her condition at various times and in very different circumstances. Some of the alleged inconsistencies arise from statements made by Ms. Kirkham on her website and Twitter feed. In Diack v. Bardsley(1983), 46 B.C.L.R. 240 (S.C.), at para. 30, aff’d (1984), 31 C.C.L.T. 308 (C.A.), McEachern C.J.S.C. said the “usefulness [of minor variations between a witness’s evidence at trial and on discovery] is limited because witnesses seldom speak with much precision at discovery …”. The same can be said, but with more force, about the precision and fullness with which people speak on social media, particularly on Twitter where messages may not exceed 140 characters in length. Ms. Kirkham explained that she often tweeted positive messages as this was one way of trying to keep up good relations with her sponsors. Also, the fact that she did so is consistent with Ms. Kirkham’s natural tendencies. She is a positive individual who was determined to recover from her injuries, and in these circumstances it is not at all surprising that she would have taken to social media to report, with enthusiasm, a particularly good day.

We generally tell our clients to live their lives as they would if there were no litigation ongoing and the lawsuit will take care of itself.  However, litigation aside, it’s always a good idea to be mindful that what’s put on the Internet is there for everyone to see (often despite privacy settings).