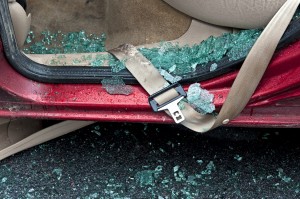 Reasons last week from the BC Court of Appeal re-affirming that for a seatbelt defence to succeed, the defendant must adduce evidence that the seatbelt would have made a difference (though the possibility an inference of causation can be made in particular circumstances is acknowledged):

[41]         However, the judge’s conclusion that it had not been proven that Ms. Schenker’s injuries would have been prevented or lessened had she been wearing a seatbelt is unassailable.

[42]         At first sight it may seem obvious that Ms. Schenker was injured as a result of being ejected from the van and that her seatbelt would have prevented her from being thrown from the vehicle. Indeed, Ms. Scott contends this is a matter of common sense.

[43]         Ms. Scott’s argument cannot succeed. There was no evidence that Ms. Schenker’s injuries were the result of being ejected from the van. Ms. Schenker suffered compression fractures in her back from “axial loading”, as forces were transmitted along her vertebrae. There is no way to know when, in the course of the accident, those injuries occurred. They may have occurred as the van careened down the embankment or when it hit Main Street below the embankment. Had Ms. Schenker been restrained in the passenger seat, she may still have been subject to the axial loading that caused the injuries. Furthermore, if she was restrained by a seatbelt, she may have been as seriously injured when the van came to rest with its passenger side embedded in the ground. Given the mechanics of this accident and the nature of the injuries suffered, this is not a case where a seatbelt defence could be made out by relying on common sense inferences.